If you had known…in this your day, the things that make for your peace! But now they are hidden from your eyes. —Luke 19:42

Jesus entered Jerusalem triumphantly and the city was stirred to its very foundations, but a strange god was there– the pride of the Pharisees. It was a god that seemed religious and upright, but Jesus compared it to “whitewashed tombs which indeed appear beautiful outwardly, but inside are full of dead men’s bones and all uncleanness” (Matthew 23:27).

What is it that blinds you to the peace of God “in this your day”? Do you have a strange god– not a disgusting monster but perhaps an unholy nature that controls your life? More than once God has brought me face to face with a strange god in my life, and I knew that I should have given it up, but I didn’t do it. I got through the crisis “by the skin of my teeth,” only to find myself still under the control of that strange god. I am blind to the very things that make for my own peace. It is a shocking thing that we can be in the exact place where the Spirit of God should be having His completely unhindered way with us, and yet we only make matters worse, increasing our blame in God’s eyes.

“If you had known….” God’s words here cut directly to the heart, with the tears of Jesus behind them. These words imply a responsibility for our own faults. God holds us accountable for what we refuse to see or are unable to see because of our sin. And “now they are hidden from your eyes” because you have never completely yielded your nature to Him. Oh, the deep, unending sadness for what might have been! God never again opens the doors that have been closed. He opens other doors, but He reminds us that there are doors which we have shut– doors which had no need to be shut. Never be afraid when God brings back your past. Let your memory have its way with you. It is a minister of God bringing its rebuke and sorrow to you. God will turn what might have been into a wonderful lesson of growth for the future. 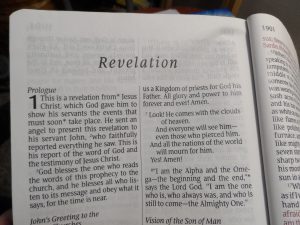