This is one of the most precious times of the year as we celebrate the resurrection of our Lord.  Be praying who to invite; then, invite them for resurrection worship.

Our next carry-in meal will be Sunday, March 28th, following our Sunday morning worship service.  Please bring plenty of food for your family and a little extra for guests and visitors.  Thank you!  Please note this carry-in meal will be in place of the one in April, which will fall on Easter Sunday this year. 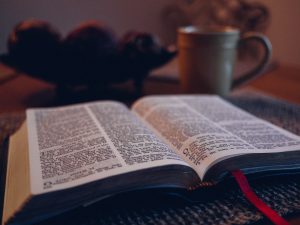 Men’ s  bible study in still goin on through the app “ZOOM”. Download through your play store and join us Wednesday’s at 12 noon and Thursday evenings at 7pm.

It’s a wonderful time to serve the Lord. The stage is literally being set for the fulfillment of end time Bible prophecy. Whatever you want to do for the Lord, now is the time to do it. I sense an urgency in sharing Christ with your friends, family, co-workers, and neighbors because of the dramatic changes that are taking place in America and the world, and will continue in greater measure unless there is a genuine spiritual awakening. I have some information from a great Bible prophecy teacher who has stood the test of time; but first, some scheduling and bulletin type information for CC family and friends . . .

May 2nd Our May Carry-in meal following the 10:30 am worship

Hour of Power: Our cooperate prayer time cannot be underestimated. It’s one of the most essential events of the week. Jeremiah 33:3 says, “Call to Me and all will tell you great and mighty things, which you do not know.”

Men’s Study: Thursdays, 7:00 p.m. Currently studying the Gospel of Luke verse by verse. This study includes praying for one another! We also have a men’s Bible study at noon on Wednesday for those who work the second shift or can’t make the Thursday study at 7:00 p.m.

Sunday Adult Bible Study: The Adult Bible Study (ABS) is now meeting at 9:15 am and is studying the Gospel of John. Billy Jusko and Joe Neville are the teachers.  This study meets every Sunday except for the first Sunday of the month, and special occasion Sundays.

Wednesday Night Bible Study: Wednesday Evenings at 7:03 p.m. We have been enjoying a virtual tour of Israel; but, sadly we only have two more week for this fun time before we start the book of Job.  Calvary Chapel is the place to be on Wednesday evenings as we study God’s Eternal Word and seek to make application of it to our lives. Pray for people to invite and then invite them to come to our Wednesday night Bible study fellowship.

Youth Ministry Meets Wednesday night at 7:00 p.m. The youth also have a class on Sunday mornings at 10:30 a.m. except the first Sunday of the month when they meet in the sanctuary for the 10:30 a.m. worship and study.

Children’s Ministry Sundays:  We have classes for children from age 2 through 8th grade. Those classes are held during the 10:30 am service. Check-in starts at 10:15 am downstairs.

Nursery Sundays: Currently, parents are responsible for their own children in the nursery. We encourage you to take your babies to the nursery. There is a monitor in the nursery so you’ll be able to see and hear the service.

Giving:  Thank you for your faithful giving! (Proverbs 3:9-10). A couple things to consider in your giving to Calvary Chapel of Lafayette. (1) Pray that God would help us pay off the balance of what we owe on our church facility. I say pray because I’m aware not everyone can give to the building fund, but you can pray. (2) Consider including CC in your will and/or estate planning. It’s an investment that will outlive you if you go before the rapture. The Dave Ramsey and other Christian financial organizations can help you with that kind of planning. If interested, we can provide you with the information than can assist you.

Our live-stream worship and teaching can be seen on both Facebook and YouTube at 10:30 a.m. Type in: Calvary Chapel Indiana and scroll around until you find us. When you do please press  LIKE, SHARE, AND SUBSCRIBE. That will help get the word out and spread the good news to more people. You can also view the previous week’s teachings and our Bible Prophecy Conferences.

Prophecy teacher Hal Lindsey, who is in his 80’s, writes the following:

With the fall of the Soviet Union in 1991, most people believed that communism had been defeated. The Cold War had ended, the good guys won, and that was that. But it did not turn out to be so simple. Most of the world’s nuclear stockpiles remained in place. All sides would soon develop more efficient weapons and delivery systems. Communism would rise again, both inside the United States and outside. And by 2021, the threat of atomic war was again growing.

In the early 1990s, only a few worried about China. The Chinese were usually seen as backward but eager to expand trade. “Experts” told us that trade would make China dependent on the United States. They also said that North Korea was a regional threat to South Korea but not a threat to the world. And with China’s help, they said, the North Korean danger would be quickly nullified.

A common joke of the time said that the only communists left in the world were a few diehards in American universities. Those diehards turned out to be a bigger threat to American values and prosperity than anyone knew. But people were wrong to think that the external threat had gone away.

China and Russia embraced highly supervised market economies. Russia even began to have democratic elections. But its experiment with democracy was soon taken over by a regime with a bad habit of poisoning and imprisoning its political enemies. A market economy and heavy trade with the United States made China an economic superpower. But those things did not lesson its severe human rights abuses.

The 20th century should have taught us once and for all that weakness invites war and global weakness invites global war. America’s European allies have become appeasers. Their peace-at-any-cost mantra makes the world an ever more dangerous place.

Director of National Intelligence Avril Haines recently told a US Senate committee, “China increasingly is a near-peer competitor challenging the United States in multiple arenas, while pushing to revise global norms in ways that favor the authoritarian Chinese system.” He added that China “has substantial cyber capabilities that if deployed, at a minimum, can cause localized, temporary disruptions to critical infrastructure inside the United States.”

According to Reuters, “Haines’ opening statement also cited Russian efforts to undermine U.S. influence, Iran’s contribution to instability in the Middle East, global terrorism and potential North Korean efforts to ‘drive wedges’ between Washington and its allies as significant threats.”

We live in increasingly perilous times. In fact, the world seems poised on the precipice of the worst period of tribulation ever seen — tribulation vividly described in the books of Daniel and Revelation. But before that terrible period begins, God will snatch away His people like a government removing its ambassadors before the onset of war.